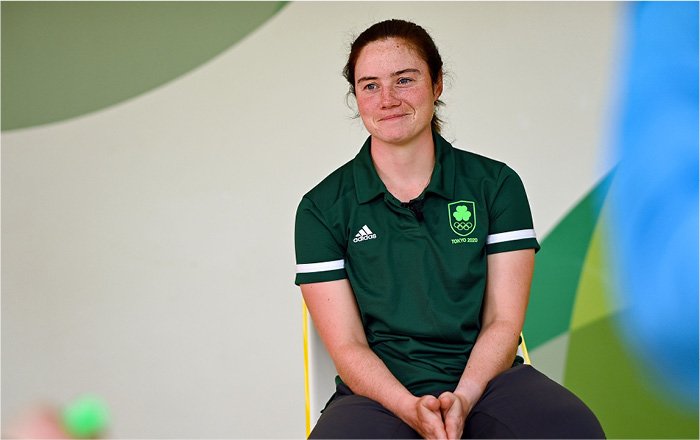 Team Ireland has officially selected the golfers who will compete in the Olympic Games in Tokyo this summer. Ireland will be fielding a full contingent in Tokyo, having qualified two players in both the Men’s Individual Stroke Play, and the Women’s Individual Stroke Play, each event takes place over four days. The golf venue is the Kasumigaseki Country Club on the outskirts of Tokyo city, and the tournament runs from Thursday 29 July until Saturday 7 August 2021,

The men’s event is the first on the golf schedule, and will feature Rory McIlroy and Shane Lowry, both of whom are in action this week at the Irish Open. In the women’s event Leona Maguire and Stephanie Meadow are both competing in their second Olympic Games, and have just come off the Women’s PGA Championship, where Maguire posted her best-ever result in a major Championship, finishing fifteenth.

Speaking on her selection, Maguire said,

“Rio was one of the best experiences I’ve ever had. The Olympics is the biggest sporting event in the world, and to represent Ireland on the stage like that is an incredible honour. I’m really looking forward to Tokyo. Golf is massive in Asia and particularly Japan. It will be my first time in Japan, and hopefully I can take the experiences that I had in Rio and build on it. In Rio I played well, but I think I was caught up in the experience of it, and was happy to be there. But I’m a little more dialled in for Tokyo, and I’m trying to finish as high up that leader board as I can.”

Lowry is heading into his first Olympics, and with his brother as Caddy, he is looking forward to competing in the Games,

“It is starting to be real. We played the US Open recently, so were really focused on that. And then all of a sudden it’s ‘wow, the Olympics is actually pretty close,’ so it’s very exciting. It’s such an exciting experience to go through all the gear – everybody knows how patriotic I am, so to have your own gear with our team logo on it is pretty cool!

“Obviously Rory is going to be one of the favourites there, if not the favourite going into the tournament, so I’d be doing my best to beat him to the gold medal! Bu then you’ve got Leona and Stephanie there as well – Leona’s form over the past few weeks has been amazing. I think as a team if we brought back a couple of medals it would be amazing. For me growing up I never thought I would play the Olympics or be an Olympian, so to be able to go there and to stand on the podium with Amhrán na bhFiann would be a dream come true. It would just be cool to bring the medal back to Ireland.”

“We are very excited to have a full contingent of Golfers representing Team Ireland at the Olympic Games in Tokyo. All four players are world class with Leona and Stephanie already having a multi-Games experience in Rio. It’s also very special to have globally recognised players like Rory and Shane competing for the first time at an Olympics.  There are medals for the taking and while no doubt this is a different type of tournament to what they normally play, it will be great to watch the competitions unfold..”

“I am delighted that, after such and incredibly difficult 17 months, we are heading to the Olympic Games with Shane Lowry, Leona Maguire, Rory McIlroy and Stephanie Meadow, a team of the most talented golfers to have emerged from Ireland in recent times, and who are looking forward to representing their country with distinction. That we are able to attend the Games in Japan is a tribute to remarkable efforts of the organising committee of the Games, and our hosts in particular.

“The players are acutely aware of the demands and requirements that participation in the Games bring during this time, but they and we are also very aware of the remarkable privilege they enjoy in being able to, not only represent their country, but also to represent their sport on the global stage at this most difficult time.

“We are, of course, hoping to give our home fans something to cheer in our hopes for an Olympic Medal, but beyond that, hope that our presence, participation and competitiveness in the Games gives cheer to the millions of golf fans across the globe. It’s a terrific reflection of the quality, depth and strength of Irish golf that both our men’s and women’s teams go to Japan with serious intent of winning medals. We’re keeping our fingers crossed.”

“’Whilst the Olympics is very different to a normal LPGA Tour week, our players have done a great job preparing and planning as if it’s the same and we’re delighted to finally have the team formally selected. With Covid-19 considerations there are more potential performance disablers but we will be prepared to be agile and acceptant of not everything being as it normally is. This agility will help create the optimum performance space.

“All players have shown some great form this year and both Stephanie and Leona already have an Olympic Games under their belt at Rio. Personally, I’m very proud to have known them both since they were 9 and 11 years old respectively and am looking forward to supporting them in Tokyo, along with everyone else in Ireland.”

Team Ireland now consists of 65 officially selected athletes, with over 100 athletes spots confirmed across nineteen sports SEE HERE. There are six final team announcements to come over the coming week, with the official closing date for registering athletes at 4pm on Monday 5 July 2021. The Olympic Games in Tokyo will run from the 23rd July to 8th August 2021.