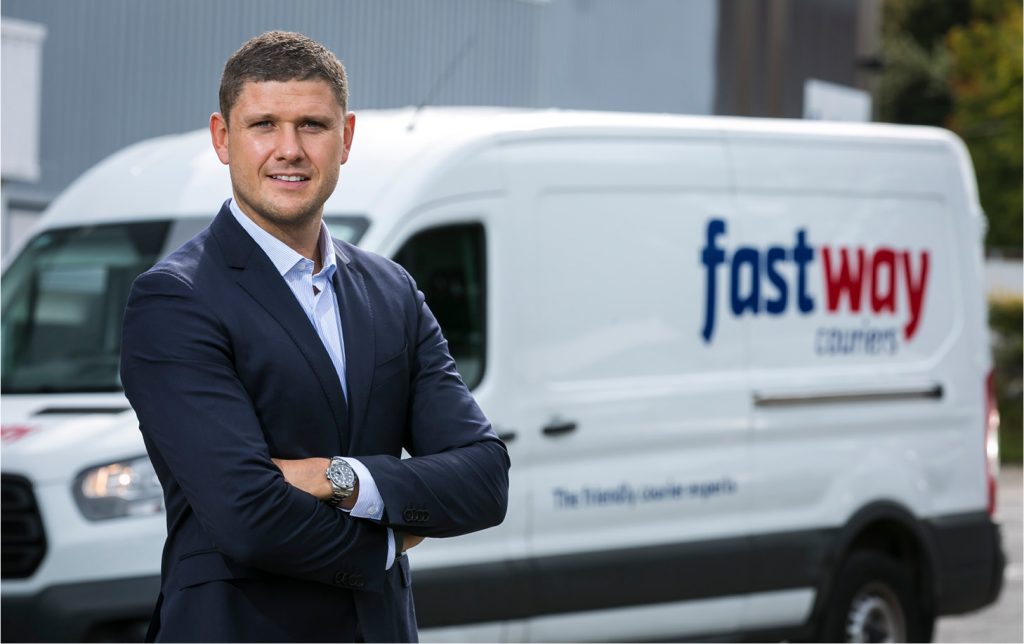 Date: 12 October, 2020: Fastway Couriers (Ireland) under the leadership of its recently appointed Chief Executive Officer, Danny Hughes, has now announced a number of strategic hires to the business.  Among the company’s latest senior leadership recruits are that of Mark Van Niekerk of Fastway South Africa as the company’s Head of Franchising and Nigel Kane, formerly of Holland & Barrett, as Head of Logistics & Transport. This follows on from the recent addition of 4 other senior executives across Finance, Technology, Sales and HR all being added to the business.

For Hughes, these latest hires provide the right mix of talent to deliver further growth for the business as customers increasingly embrace eCommerce.

Commenting on the new leadership team now in position at the company, Ian Duffy, Chairman at Fastway Couriers (Ireland), said:

“The rise in eCommerce trade, further accelerated by the COVID-19 pandemic positions Fastway within a growing marketplace. Danny and the team are set on further building the business to achieve significant growth and expansion both locally and internationally, placing significant emphasis on people, innovation and technological developments within the parcel delivery sector.”

Danny Hughes, the 34 year-old, who is originally from Sheffield in England said:

“I’m thrilled to have been given this opportunity at such a critical time in the company’s journey. Fastway is a great business with huge potential, and I am surrounded by brilliant, energetic and dynamic people that are as excited as I am to fulfil it.”

Commenting on the outlook for the business, Hughes said:

“The company is well positioned for further growth. The agility of our local courier franchisees has enabled us to scale and meet the demand of Irish businesses that have adapted to the ‘new-normal’ in the face of a global pandemic.”

Fastway recently secured a contract extension with UK home delivery giant Yodel along with similar renewals of existing service agreements with the UK’s fastest growing eCommerce retail group Boohoo amongst other carrier and client partnerships. This comes in parallel to seeing over 50% increase in domestic clients since January this year and increasing their couriers by 44% and warehousing footprint by 35% to meet demand.

“The next 2 years are critical for this business. There’s no shortage of opportunity and the key lies in our ability to deliver on our promises and reach our goals. We will invest and focus on people and technology. We know that tech can yield the efficiencies needed to scale along with providing the best possible franchisee, client and consumer experiences. We will continue to knuckle down, work hard, and deliver for our customers and clients.”

Fastway Couriers (Ireland) was founded as a franchise in Ireland in 2001 having originated in New Zealand in 1983.  Today the business in Ireland comprises 9 regional franchises and over 450 courier franchise territories, each with their own business. Fastway is one of the 4 largest courier/last mile delivery businesses in Ireland, handling over 25 million parcels per annum and operating a network that employs, contracts and supports over 800 people throughout the Republic of Ireland and Northern Ireland.

Prior to taking on his latest role as the group’s Chief Executive Officer, Danny Hughes served as the company’s Interim CEO since March 2019.  This follows a 9-year journey within the Fastway Group of businesses for Hughes, that encompassed a breadth of roles including technology, marketing, innovation, strategy and the co-founding and leadership of the Parcel Connect subsidiary business in 2015 within which he held the position of Chief Executive Officer.