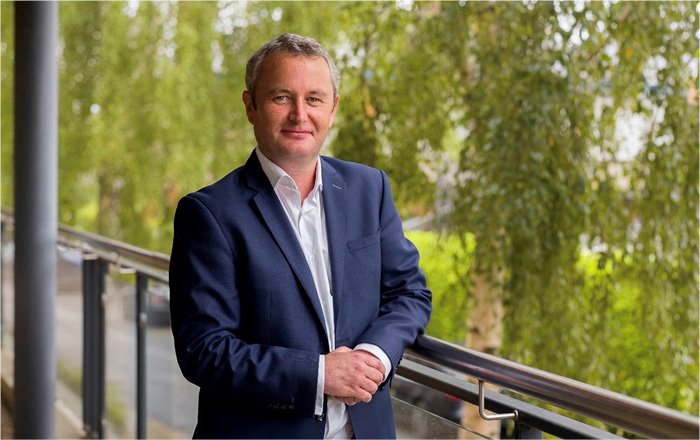 (Dublin,14th June 2021) According to new research carried out by Wellington IT, the tech partner for the credit union sector, three out of every five Irish people expect the total banking experience to be digital or virtual, with no more physical branches, in 10 years’ time.

Carried out by Censuswide in April 2021 and involving a nationally representative 1,001 consumers in Ireland, the report also found that 83% of people think it’s important to have 24/7 online access to finances, while a third of people would prefer their banking experience to be completely digital.

Rather than dealing with a human when it comes to some day-to-day financial services, two-thirds of people prefer to transfer money digitally, 60% would like to digitally pay a bill, and 70% prefer to check their bank balance online.

Meanwhile, over a quarter of people would prefer to take out a loan online, and one in five (18%) would like to arrange a mortgage digitally. 68% would still rather direct a question to a human.

The study also revealed less of a preference for human interaction as age groups get younger.

The survey highlighted some interesting facts for the credit union sector, with more than half of people (57%) agreeing that the first priority of credit unions should be to invest in digital services. Almost a third of people expect to be dealing with robots in the credit union in five years’ time, while 45% expect this in banks.

Commenting on the study, Declan Colfer, MD of Wellington IT, said: “Our research shows that while most people would prefer a banking experience that’s a combination of digital and in-branch, we’re certainly seeing the trend moving towards digital, particularly among younger age groups.

“More people are going online for their day-to-day banking such as transferring money or paying bills, but many still prefer to deal with another person for bigger decisions such as loans and mortgages.

“Interestingly, over half of people believe physical branches won’t exist in 10 years’ time and 33% would prefer their banking experience to be entirely digital, indicating the need for continued digital investment.

“It’s clear that credit unions need to communicate more effectively to their customers about the range of digital services on offer, as no member should be closing an account due to a lack of online facilities. Last year, Wellington IT launched Ireland’s first full-service credit union banking app, cuMobile, making it easier for credit union members to control their finances.

There is an opportunity here to grow more quickly by attracting younger members as Gen Z and Millennials exhibit a strong preference for digital services.”