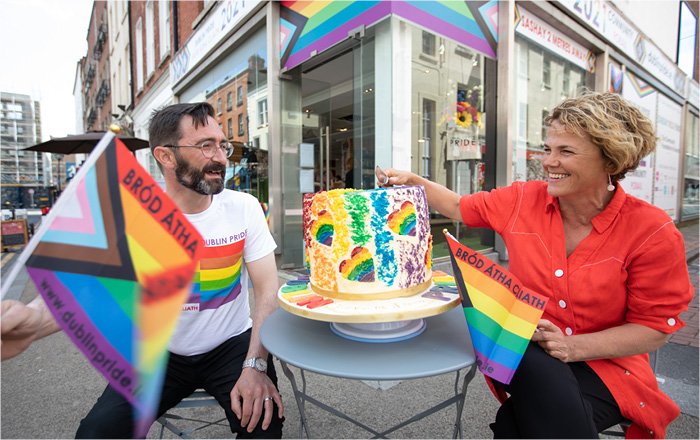 The Community Foundation for Ireland is marking the start of Pride month by celebrating its 21-years as an ally of LGBTQ+ rights.

The Foundation says a once fledging and disjointed community has been supported to grow, find its voice and fight for its rights.

‘The Dublin Pride Fund’ is now being launched in partnership with Dublin LGBTQ+ Pride to provide support to members of the community who are vulnerable, isolated or facing health and wellbeing challenges as the country emerges from Covid-19 restrictions.

Speaking at a 21st anniversary celebration in the new Pride Hub on Dublin’s Duke Street, Denise Charlton, Chief Executive of The Community Foundation for Ireland said:

“Our mission of equality for all in thriving communities – extends to all people. This is our mission. It is why when we started supporting communities in 2001 our second grant was to a small LGBTQ+ organisation.

That initial grant was the seed which has led to so much more. Our support has been steadfast. It has never dwindled and remains as strong today. Often we were one of a few supporters and allies who could be relied upon, even in later years we stood up to the mark and gave a new organisation Marriage Equality some of its first ever funding.

Our LGBTQ+ support has spread to 23 counties and amounts to over €1m. We also know there is still work to be done.

Many members of the community are vulnerable to inequality discrimination and even acts of violence. Rights are still not secured for many in the community, many young people remain fearful about coming out and both on and offline bullying, intimidation and discrimination are an everyday reality.

This is why the new Dublin Pride Fund is so important. We look forward to a month which celebrate what we have achieved together and also generate much needed support for the work that lies ahead.”

“”We are delighted to partner with The Community Foundation for Ireland this year. The past 18 months have been especially challenging for our community with vital LGBTQ+ organisations, services and spaces forced to close. However, while the toll on our community has been devastating, we need to remember that there is strength in unity. Any donation, no matter how small, matters, and so much can be achieved when we work together.”