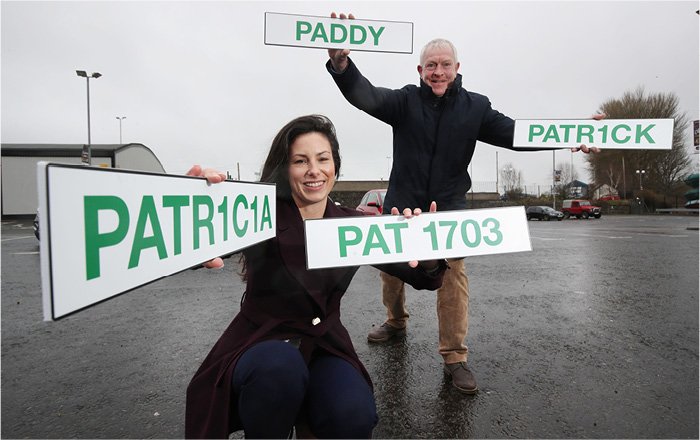 MCL Insurance Services (Ireland) says those named after the patron saint of Ireland are 8.8% less likely to be involved in an accident

Using its unique analytical software, an Irish car insurer has revealed that people living in Ireland really are blessed when they are named Saint Patrick.

MCL Insurance Services (Ireland) Ltd said that people named Patrick, Pat, Paddy, Patricia and other derivatives of the saint’s name are 8.8% less likely to be involved in a car accident.

The quirky fact was revealed through research carried out by the firm which owns the its4women, 25plus and BoxyMo insurance brands in Ireland.

It reviewed statistics from its 90,000 strong customer base, over the course of the last 10 years to unveil the stat ahead of the patron saint’s feast day on March 17.

Discussing the finding, Kerry Beckett, Marketing Manager, MCL Insurance Services (Ireland) Ltd, said: “Our analytical software is extremely advanced, and we routinely conduct searches to determine risk factors and equipped with this information we look at how we can tailor our insurance policy offering to meet the needs of our customers, which is how our Black Box Telematics insurance offering evolved, it monitors driving behaviour and rewards you for safe driving.

“We currently have over 90,000 customers and service around €60m of gross written premium across Ireland.  One of our analytic team decided to run a check to see what the likelihood was of customers with the name Patrick, Pat, Patricia or Paddy being involved in an accident.

“The good news was that they were 8.8% less likely to have an accident. It would appear that St. Patrick really is looking after his own.”

MCL Insurance Services (Ireland) Ltd prides itself on being one of the first bespoke online car insurance firms in the Irish market with its brand its4women.ie.  Following its success, the company introduced the 25plus.ie brand, which offers online home, car, travel, health and property insurance for the over 25s.  In 2013 it launched its telematics brand, www.boxymo.ie , which rewards better driving and offers younger drivers more competitive insurance.

Its4women was a product originally offered to drivers in Ireland. Parent company MCL InsureTech recently expanded its offering to access Northern Ireland drivers with the aim of securing up to 10% of the NI car insurance market within five years.

Originally headquartered in Coleraine, MCL launched a new Swords office in early 2020 to service its EU database in a post-Brexit landscape. The move created 40 new roles and represented an investment of £3million into the Irish economy.