IrishWhiskey360° And Tourism Ireland To Promote Irish Whiskey Tourism In The US and Canada. 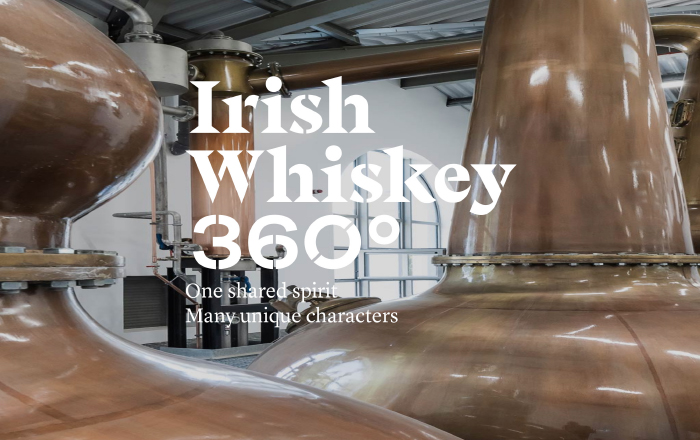 These events form part of an extensive series of Irish events taking place across North America in the run-up to St. Patrick’s Day which will be attended by a large number of Irish whiskey brand ambassadors and industry leaders from Ireland, including the Chairman of Drinks Ireland|Irish Whiskey David Stapleton; and the Head of Drinks Ireland|Irish Whiskey, William Lavelle.

Speaking in advance of the events, William Lavelle stated: “Over one third of all visitors to Irish whiskey distilleries last year came from the US or Canada. But surprisingly, the number of visitors from North America is falling. We aim to stop and reverse that decline. We are very grateful to Tourism Ireland for partnering with IrishWhiskey360° to raise awareness of Irish whiskey among key US and Canadian media and stakeholders.

“IrishWhiskey360° aims to make Ireland the number one destination in the world for whiskey tourism. With the active support of partners such as Tourism Ireland we can make that happen.”

Also commenting ahead of the trip was Alison Metcalfe, Executive VP North America and Australia /New Zealand, Tourism Ireland, who said: “We’re delighted to be partnering with Drinks Ireland|Irish Whiskey to highlight some of the whiskey products that Ireland has to offer, and to promote the opportunity to continue the experience by visiting one of Ireland’s many distilleries. Food and drink are vital elements of today’s holiday experience and a major contributor to increasing holiday satisfaction. We hope that engaging and informative events like these, help to raise awareness of Ireland’s rich food and beverage culture overseas.”

Key figures as to how Irish whiskey contributes to tourism in Ireland include:

The Irish whiskey tourism offer ranges from the Jameson Experience in Dublin which is the most visited spirits tourism attraction in Europe with over 350,000 visitors annually, to distilleries in locations including Dingle, Kilbeggan and Slane; bringing jobs, visitors and income to rural communities.

Many distilleries and brand homes have innovated and expanded their offers, such as the increase in blending and cocktail classes along with the expansion in meet-the-maker, food-pairing and seasonal special events.