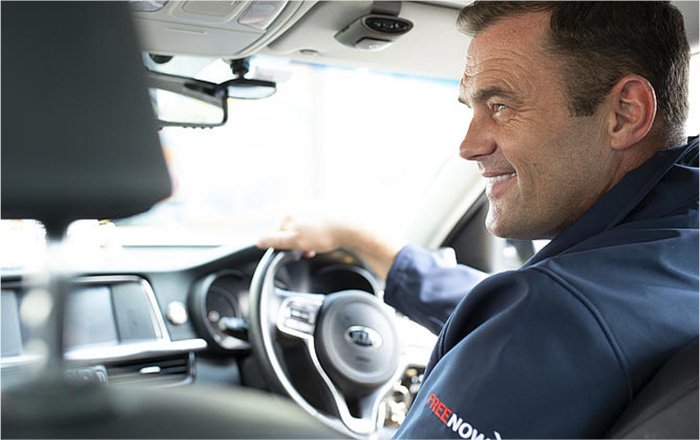 Monday, 14th June: FREE NOW, Ireland’s leading ride hailing app has reported a 31% rise in ride hailing requests in the first week of the reopening of hospitality, indicating a strong start to the recovery of the sector.

After a tough 16 months for the industry, new research* carried out by FREE NOW to mark the reopening of hotels and outdoor drinking and dining reveals that half of Irish people planned to dine out in the first week, with going for dinner in a restaurant top of the to-do list (52%) followed by going for a drink at a pub (34%).

Taking advantage of the easing of restrictions, half said they would dine out at least once in the first week while a social 28% planned two nights out.

Saturday was the busiest day of the week on the FREE NOW app, with a significant 45% increase week-on-week as the nation enjoyed the first weekend of outdoor hospitality while 11pm was the busiest hour to book a taxi on Saturday.

Ahead of the reopening, it was estimated that €1m would be spent on food and drink every 20 minutes last week** so it’s perhaps no surprise that the FREE NOW data shows Irish people were socialising late into the evening, all week long. 11pm – 12am was the busiest hour on the app from Monday – Saturday with a 36% week on week increase during that time and 2.1 ride bookings recorded every second.

Nationally ride hailing requests on FREE NOW this week are almost 90% (87%) of where they were at when compared to the same week in 2019, indicating that whilst Ireland’s restricting easement is providing the industry with a much needed boost to the transport industry there is still some way to go for a full recovery.

FREE NOW predicts that bookings will continue to rise with the continued vaccine roll-out and the further easing of restrictions over the summer including the reopening of indoor hospitality scheduled for 5th July.

Taxi drivers play a key role in the hospitality industry and it’s a hugely positive sign that trips are up 31% during the first week of reopening indicating a strong start to the recovery of this vital sector of our economy. With further restrictions easing next month, we look forward to continuing to play an important role in the reboot of the Irish economy and keeping the nation moving.”

Adrian Cummins, CEO of the Restaurants Association of Ireland commented:

“The strong uplift in taxi trips since the reopening of outdoor dining is hopeful and indicates the beginning of the recovery phase for both the taxi and hospitality industry. Taxis are vitally important to the hospitality sector and we look forward to indoor dining restrictions lifting on July 5th which will further help both industries which have been significantly challenged over the past 16 months.

While it’s positive to see a strong turnout for the first week of reopening, it’s important to remember that there is still a long way to go for the hospitality sector to recover from the pandemic. This is a critical time for the industry and we would urge consumers to support their local hospitality business over the coming months.”