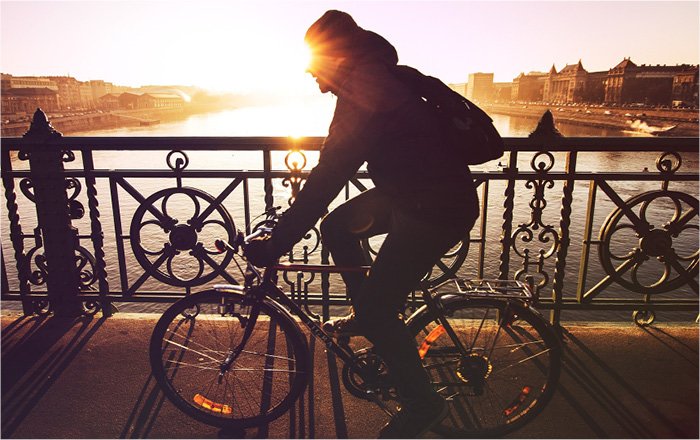 Ahead of World Bike Day (03 June), new research by Liberty Insurance shows that almost 2 in 3 adults in Ireland intend to cycle more in the future, while half – including motorists, cyclists and those who neither drive nor cycle – believe that more cyclists on our roads would be a positive development (49%).

This is more than twice the number who would like to see less cyclists on roads (23%).

Conducted among 1,000 adults, the survey identified strong support for cycling in Ireland, with more than six in ten Irish road users (61%) such as motorists and cyclists agreeing that cycling is more environmentally friendly, while 55% believe that cycling has health benefits for society.

Almost half of all survey respondents (45%) also identified that more cyclists on Irish roads has benefits for motorists by reducing traffic volumes.

All Liberty Home Insurance contents policies cover bicycles as standard. Uniquely to the Irish market, this includes cover outside the home – once the bike is attended or locked.

Full details of Liberty’s home insurance contents cover, including cover for bicycles, can be found at: https://www.libertyinsurance.ie/home-insurance

The survey also asked respondents what measures could encourage people to take up cycling more regularly, with improvements to the cycle lane network deemed the most important. Cycle lanes distinctly separated from the road (72%), and a more comprehensive network of cycle lanes across Irish towns and cities (61%) were the most popular suggestions.

Half of all respondents (50%) believe safe cycling lessons should be added to the national education curriculum to encourage more people to take up cycling, while almost 1 in 4 (37%) believe that greater investment is needed to tackle bike crime, such as vandalism and robbery.

“As we mark World Bike Day, this research shows that road users in Ireland – whether they generally drive, cycle, do both, or do neither, would like to see more cyclists on our roads.

Liberty’s home contents insurance policies cover bicycles as standard, up to €600 per bike, subject to excess. Once your bike is not left unattended or unlocked, this cover also applies while your bike is outside the house. This unique offering underlines Liberty’s commitment to putting people first and doing the right thing.

“As our survey shows, the vast majority of people in Ireland believe cycling is beneficial to the environment, has health benefits for society, and by reducing traffic volumes, is good for motorists, and a large majority believe that more comprehensive and distinct cycle lanes would help to promote more cyclists on our roads.

Nevertheless, it is important that significant steps are taken to tackle bicycle theft and vandalism, with 37% of those we surveyed believing this would be an important factor in encouraging people to cycle more.”