BGF celebrates growth across its Northern Ireland portfolio in 2019. 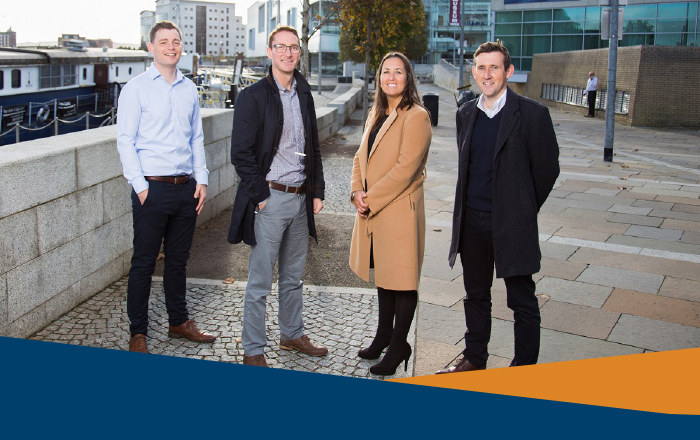 BGF, the UK and Ireland’s most active investor in growing businesses, experienced a year of growth across its Northern Irish portfolio in 2019, having invested c£40m in the region to date.

The investor has now backed five companies across Northern Ireland, with its latest investment, Uform, receiving a multimillion-pound funding package from BGF and Danske Bank in 2019.

Uform designs, manufactures, paint finishes and distributes an extensive range of kitchen doors and components to the retail trade, throughout the UK and Ireland. Renowned for its diverse range of kitchen door styles and its in-house painting capabilities, Uform caters for all segments of the kitchen retail market. Since BGF’s investment, the business has expanded its sales, finance, business development and IT teams, revamped its state-of-the-art Design Centre, and been recognised as one of Northern Ireland’s top SMEs by Ulster University.

Independent coffee shop chain Bob & Berts, which originally received £2m of BGF funding in 2017, continued its own expansion in 2019, opening a further eight coffee shops across Northern Ireland and Scotland, including new stores in Magherafelt, Portstewart, Portrush, and Ballymena. More openings in Scotland and Northern Ireland, as well as the north of England, are planned for 2020.

Derry-based housebuilder Braidwater also celebrated growth in 2019, following investment from BGF in 2015 and 2018. During the year, the Group acquired and began development on several sites, most notably securing planning permission for 360 new homes in Drumahoe in Derry and launching a consultation on Glenmona, an 85-acre site in west Belfast which would see a further 650 homes built if planning is approved.

Patrick Graham, Head of Central Scotland and Northern Ireland at BGF, said: “2019 has been an exciting year for BGF in Northern Ireland, with new investments and impressive progress across our growing portfolio.

“Despite wider uncertainty, we are still meeting ambitious entrepreneurs across Northern Ireland with exciting plans to scale and forge ahead. Our long-term, flexible funding and support can help businesses in the region to ignite new growth, and our existing portfolio is testament to that. We look forward to continuing to support bold businesses like these in 2020 and beyond.”