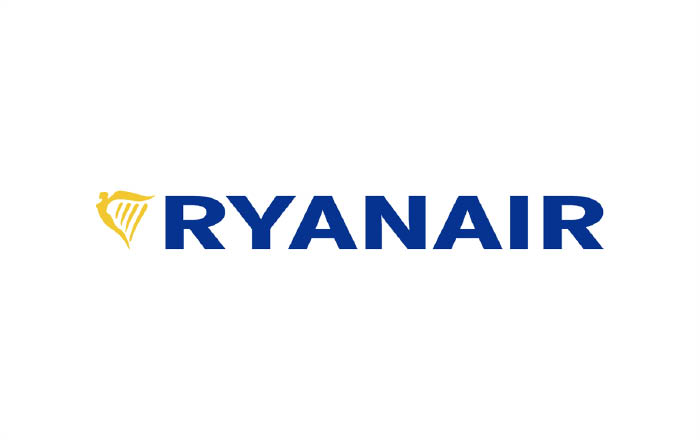 Most of Ryanair’s fleet was grounded from mid-March by EU Government flight bans and restrictions.  These groundings reduced our March and full year traffic by over 5m guests and cut FY20 profits by over €40m.  As updated on 1 May, Ryanair expects to operate less than 1% of its scheduled flying programme in Q1 (Apr. to June).  Some return to flight services is expected in Q2 (July-Sept.) and Ryanair expects to carry no more than 50% of its original Q2 traffic target of 44.6m, as bookings will be impacted by public health restrictions (temperature checks and face coverings for passengers and staff) and quarantine requirements.  When Group airlines return to scheduled flying from July, the competitive landscape in Europe will be distorted by unprecedented quantums of State Aid (in breach of EU rules) under which over €30bn has been gifted to the Lufthansa Group, Air France-KLM, Alitalia, SAS and Norwegian among others.  We therefore expect that traffic on reduced flight schedules will be subject to significant price discounting, and below cost selling, from these flag carriers with huge State Aid war chests.

Sales grew 10% to €8.5bn.  Scheduled Revenue, driven by 4% traffic growth to 149m and 2% higher fares, increased by 6% to €5.6bn. Covid-19 flight restrictions and aircraft groundings in the 2nd half of March reduced traffic by over 5m in Q4. Ancillary Revenue rose by 20% to €2.9bn as more guests choose Priority Boarding and Preferred Seat services. In Oct., Ryanair Labs launched a new digital platform with improved, personalised, guest offers. This bedded down well in Q4, prior to Covid-19 groundings, with Labs focusing on improved penetration across core ancillary products.

Our fuel bill rose 14% (+€335m) to €2.8bn due to higher prices and 4% traffic growth. Ex-fuel unit costs were adversely impacted by a 48% drop in March traffic (-5.2m guests) due to Covid-19 groundings and, as a result, rose by 4% (ahead of the +2% guided).  Higher staff costs (increased pilot pay & higher crew ratios as pilot resignations slowed to zero) and maintenance costs (older aircraft longer in the fleet due to the Boeing MAX delivery delays) were offset by falling EU261 costs (due to better on-time-performance) and lower route charges. The Group has recorded an exceptional €353m (net of tax) hedge ineffectiveness charge on FY21 fuel hedges (due to Covid-19 groundings), offset by favourable €/$ currency hedges for fuel & delayed capex.

During FY20, the Ryanair Group continued to evolve. Buzz increased its fleet to 45 B737s and expanded outside Poland with new bases in Prague and Budapest.

Lauda underperformed in FY20 with fares lower than expected, due to intense price competition from Lufthansa subsidiaries in its core Austrian and German markets. FY20 traffic, however, grew to 6.4m at high load factors.  In April, David O’Brien (former Ryanair CCO) joined the Lauda management team as Joint CEO.  Due to Covid-19 restrictions, the Lauda fleet has been grounded since 17 March.  With costs running ahead of other Group airlines and Lauda’s main competitor, Austrian Airlines, expected to receive an €800m State Aid bailout, Lauda has had to completely rethink its strategy and significantly lower its growth plans.  Its management team are implementing restructuring and cost cutting plans and are currently in discussions with its people and its unions in relation to staff savings to secure the future of its Vienna A320 base.  Failure to agree meaningful cost reductions on 20 May will result in the Vienna A320 base being closed on 30 May with over 300 job losses.  Lauda has already abandoned plans to operate a base in Zadar for the Ryanair Group.

Malta Air, which became the 4th Group airline last summer, grew strongly in FY20.  With a fleet of almost 120 aircraft, it has taken over the Group’s French, German, Italian and Maltese bases.  Like Buzz, Lauda and Ryanair DAC, it is also reviewing all areas of its cost base so that it remains competitive in its core markets where it will compete against government bailed out legacy carriers.

Ryanair DAC performed well in FY20 and opened new markets in Armenia, Georgia and Lebanon.  Its fleet, however, has dropped to 275 B737s as both Buzz and Malta Air took over flight operations for the Group.  Punctuality improved to over 90% (excl. ATC delays) thanks to Ryanair’s investment in new handling arrangements in Stansted, Poland and Spain.  In Sept., Eddie Wilson was appointed as Ryanair DAC’s CEO.

It is over a year since the Group was due to take delivery of its first Boeing 737-MAX-200 aircraft.  Boeing are currently guiding a late summer return to service in the US for the B737-MAX.  We believe it will be at least Oct. before we receive our first MAX-200 aircraft. We remain fans of, and committed to, these “gamechanger” aircraft with 4% more seats & 16% lower fuel burn, which will transform Ryanair’s cost base for the next decade. We are currently reviewing short-term growth plans and are in active negotiations with both Boeing and Lauda’s A320 lessors to reduce planned deliveries over the next 24 months to reflect slower traffic growth post Covid-19 in 2020 & 2021.

Ryanair’s balance sheet is one of the strongest in the industry with a current cash balance of €4.1bn (Ryanair recently raised £600m under the UK’s CCFF) and 330 unencumbered B737s (77% of owned fleet). Since mid-March, the Group has implemented a series of measures to preserve cash, cut costs, cancel share buybacks and defer operating and non-essential capex spending.  As a result, average weekly cash burn has dropped from approx. €200m in March to just over €60m in May.  This liquidity will enable the Group to weather Covid-19 and emerge stronger when the crisis passes. Our focus will remain on cash preservation/generation and the repayment of maturing debt over the next 24 months.

The future of our planet is of vital importance to our customers and all our people. Ryanair has the lowest carbon emissions of any major EU airline at just 66 grams of CO₂ per passenger km. Passengers switching to Ryanair can halve their CO₂ emissions compared to other major EU airlines. Ryanair operates the youngest fleet, with the highest load factors, and newer more fuel-efficient engines.  During FY20, Ryanair launched a new Environmental Policy and appointed a director of sustainability to oversee its implementation.

On 1 June Stan McCarty will succeed David Bonderman as Chairman of the Board and Louise Phelan will replace Kyran McLaughlin as Senior Independent Director.  Both David and Kyran will step down from the Board on 31 May and we thank them both for their long service and wise counsel. Ryanair’s new Chairman plans to refresh various Board Committees before the Sept. AGM.

FY21 will be difficult for the Ryanair Group as its airlines work hard to return to scheduled flying following the Covid-19 crisis.  Unlike many flag carrier competitors, Ryanair will not request or receive State Aid. Consultations about base closures, pay cuts of up to 20%, unpaid leave and up to 3,000 job cuts (mainly pilots and cabin crew) are under way with our people and our unions.  Our Commercial team are also in active discussions with our airport partners regarding S.20, and beyond, capacity allocations. Given the uncertainty over the impact and duration of the Covid-19 pandemic, coupled with no visibility on what customer behaviour and demand will be following a return to service, Ryanair cannot provide FY21 PAT guidance at this time.  The Group expects to record a loss of over €200m in Q1, with a smaller loss expected in Q2 (peak summer) due to a substantial decline in traffic and pricing from Covid-19 groundings.  The Group currently expects to carry less than 80m passengers in FY21 (almost 50% below its original 154m target).  Ryanair’s return to scheduled flying will be rendered significantly more difficult by competing with flag carrier airlines who will be financing below cost selling with the benefit of over €30bn in unlawful State Aid, in breach of both EU State Aid and competition rules.

As we look beyond the next year, there will be significant opportunities for Ryanair’s low cost, growth model as competitors shrink, fail or are acquired by government bailed out carriers.