Smoky Coal Ban to be extended to 13 towns. 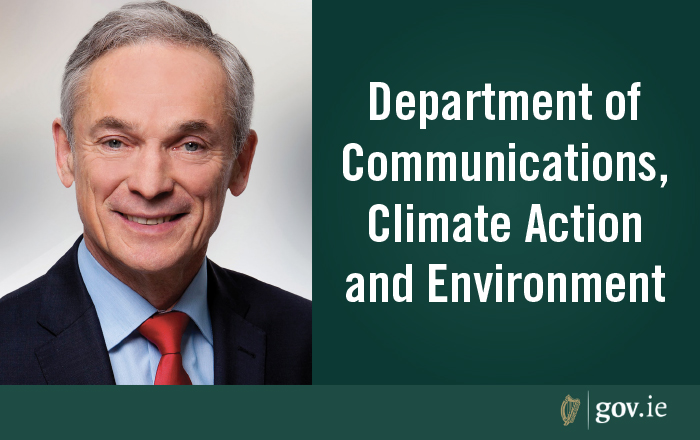 All towns with population over 10,000 covered by ban

The Minister for Communications, Climate Action and Environment Richard Bruton T.D. today (Tuesday 17th of December 2019) announced that the smoky coal ban will be extended to all towns with populations over 10,000 people. The Minister has also said that the government would not be proceeding with a nationwide ban on smoky coal, on the basis that such a ban carries a serious risk of illegality, unless peat, turf and wet wood were also included.

“I am extending the smoky coal ban to 13 additional towns based on the evidence of poor air quality with seriously damaging effects on health.”

Recent air quality monitoring in three of these towns (Cobh, Enniscorthy and Longford) has shown that although air quality has met EU requirements, the results have been in exceedance of the stricter WHO air quality standard limits. On this basis, it has been decided that all built-up areas in the country should benefit from a ban.

It has been announced by the new EU Commission president that the proposals to revise air quality standards to align them more closely with the World Health Organization recommendations will be brought forward.

“Many of the Actions we are taking in the Climate Action Plan, such as our plan for a new National Programme for Housing upgrades, will reduce the reliance people have on solid fuels. We will ensure that 500,000 homes are upgraded in the coming decade, with 600,000 renewable heating systems / heat pumps installed.”

The Minister confirmed that a nationwide ban on smoky coal carries a serious risk of illegality, unless peat, wet wood and turf were also addressed.

“I am not proceeding with a nationwide ban at this time as such a ban carries a serious risk of illegality unless turf, peat and wet wood are also addressed. We will proceed in a gradual and proportionate way and extend the current smoky coal ban to 13 new towns where there are particular air quality issues and to address immediate health concerns in these towns. This will come into effect from next September and will lead to immediate improvements in air quality.

“To proceed with a nationwide ban regardless of circumstance would expose people in rural areas, who have traditional sources of logs and turf which they rely upon, to the risk of a sudden ban. I am not willing to do this. To pretend that a nationwide ban does not carry this probable outcome is to be dishonest.”

“I am preparing the first ever Clean Air Strategy, and will come back to government in the New Year with further proposals to improve air quality.”

Enforcement of the Existing Ban

The Minister also announced that work is underway to strengthen enforcement of the current smoky coal ban. Options which are being considered include:

The government will invest €5m to improve our network of air monitoring stations in the next five years. This is vital to establishing hard, scientific evidence of the standard of air in different parts of the country. This €5m investment will:

Air quality monitoring has advanced significantly in recent times. Air quality in Ireland is monitored by the EPA by way of a network of 31 monitoring stations, which will soon double as government double the funding being provided. Furthermore, better modelling and research mean we have a much better understanding of particulate matter than when the ban was first introduced in 1990.